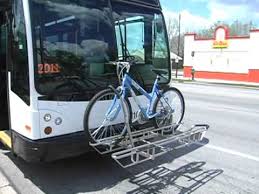 I moved downtown last April so I could walk to work. The lifestyle transformation was instantaneous and complete. I became an urbanite. I started walking everywhere. I got to know my neighbors. I even considered hugging a tree or two. Eight months into this blissful new lifestyle, we moved our offices to Castleton and I went back to being a commuter. People told me that I should rejoice in the fact that I’m a reverse commuter. I can’t say that’s much solace for the loss of the walking commute to which I had become accustomed.

Determined to avoid the commuter life again I began to investigate other options. I can’t ride my bike to work because our new office space doesn’t have shower facilities. Carpooling won’t work because none of my coworkers lives near me and my neighbors, like me before, revel in their downtown living and working.

Today, I decided to try public transit. Now Indianapolis is definitely not known for its mass transit system. In fact we might be better known for studying how to improve it while all the while it continues to decline. Well I happen to have lucked into having my house and my office be within a couple of blocks of the same bus route. Every city bus has a bike rack so I grabbed my bike and 7 quarters and headed for the bus stop. I figure I can bus to work and bike home.

The bus ride takes half again as long as the drive, but I don’t have to pay attention to traffic. The ride’s a little bumpier too. In fact, too bumpy to try typing while riding. I broke the food and drink rule because I assumed I’d be able to down my coffee and banana while riding. No one complained but I felt a tinge of guilt when I saw the big sign at the front of the bus.

I arrived at work no worse for wear. The trip was not unpleasant. I don’t think I’ll be a regular on the bus, but this will not have been my last time commuting that way.

So, what have you tried lately that’s different but not life threatening?

Days on which I Wrote